Berlin, Germany – November 10, 2014 – Blacklane, the global provider of professional ground transportation at low cost, has added two new major resources: - A mid-seven-digit round of funding at a valuation in the nine-figure Euro range from Japan-based Recruit Holdings Co., through its investment subsidiary RSP Fund No.5, LLC. - Travel industry visionary and PhoCusWright founder Philip C. Wolf as a new board director.

The new capital will help increase Blacklane’s business in Japan and beyond. “It’s a great pleasure to welcome Recruit to our team and to work together on projects in Japan and other Asian countries. Blacklane will profit from Recruit’s experience and existing services in the Asian travel sector enormously,” said Dr. Jens Wohltorf, co-founder and CEO of Blacklane.

Japan-based Recruit Holdings is known for its rapid new business development of successful, fast-growing companies. For example, it has developed SUUMO into the world’s largest online real estate portal and Hot Pepper into the world-market leader in restaurant reviews. Recruit also operates various travel platforms, such as Jalan and AB-Road.

“Recruit acts as an online travel service provider for Asian travelers who are searching for simple, secure and global mobility solutions. We are impressed at both the quality of Blacklane’s service and its rapid expansion around the world”, said Akihiko Okamoto, head of Recruit Institute of Technology.

Philip C. Wolf will help shape Blacklane’s strategic planning and global expansion on the company’s board of directors. Wolf founded travel, tourism and hospitality intelligence company PhoCusWright and was CEO until the company was sold in 2011.

In addition to Wolf’s role as founder and retired CEO of PhoCusWright, he is a board member of seven other companies including MakeMyTrip in India and eDreams Odigeo in Spain.

“I am a regular Blacklane customer, and am excited to join its board,” said Wolf. “Blacklane is the only global brand of professional, reliable drivers. The time has come to modernize this market, and I am convinced of Blacklane’s enormous potential.”

The appointment and funding continue Blacklane’s momentum. The company expanded to another five U.S. cities in October, bringing the United States’ total to 40. Blacklane has also doubled staff over the last eight months, and business continues to grow at an average rate of 20 percent per month.

About Blacklane (blacklane.com) Blacklane GmbH, located in Berlin, Germany, offers its customers an innovative way to book professional, consistent and reliable ground transportation, via website or smartphone app, around the clock at transparent and competitive rates significantly below legacy players. Blacklane does not provide its own vehicles but rather aggregates the spare capacities of local partners, thus ensuring better utilization and higher revenues. A quality vehicle with a professional driver can be booked in any one of its 150 cities around the world in seconds. The company, founded two years ago, has over 120 employees. 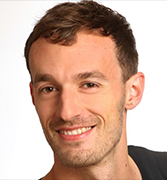